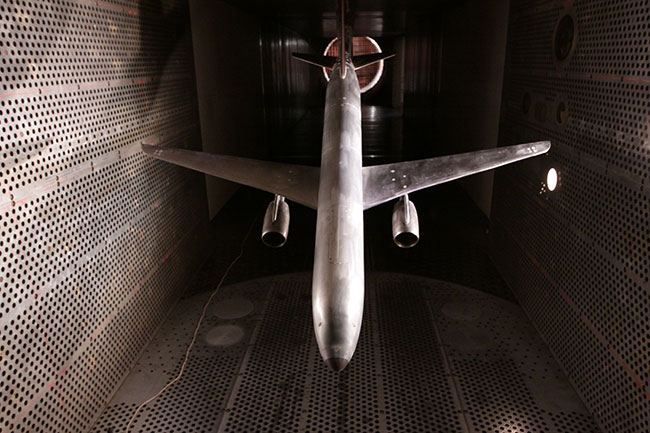 In late October, wind tunnel T-128 was used for testing a thematic aerodynamic model of a single-aisle passenger aircraft with different wings and designed for cruising number M = One of the new wings has a surface manufactured taking into account specific design features of a high aspect ratio wing made of composites. Also, it was used for the study of a new pylon design with access to the upper surface of the wing. Tests confirmed the correctness of the chosen approach, which allows recommending the designed layout for further study in design bureaus.

In addition, a low-sweep wing (χ¼=15°) has been successfully tested, ensuring natural laminar flow. By applying the latest supercritical profiles the Mach cruising number is virtually not reduced, despite the fact that previously this was considered inevitable and deterred potential manufacturers and operators.