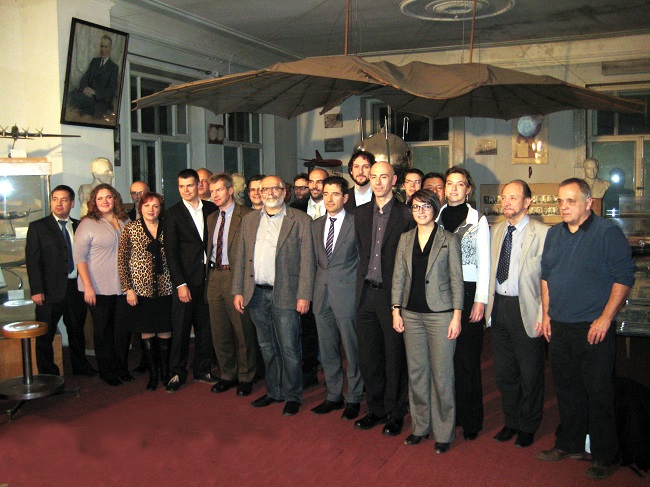 On  December 2013 at the N.E. Zhukovsky Scientific Memorial Museum the final meeting of the ORINOCO project partners was held to summarize the project and approve the final report on the results of the work. The meeting recognized that all of the goals set during the project organization were achieved.

The topic of the ORINOCO Project is comprehensive studies of innovative technologies for active management of instability waves using plasma actuators to reduce the noise of turbulent jets. The studies were formulated in accordance with the list of topics for the coordinated EU-Russia contest (AAT.2010.1.1- 7) and proposed by FSUE TsAGI together with the French Aerospace Research Center ONERA.

Within the framework of the project, the Committee of Experts of the industry (Industrial Committee) was created, consisting of representatives of the Russian aviation industry (Company Sukhoi JSC, Tupolev JSC, Beriev Aircraft Company JSC) and Europe (Airbus, Snecma, Alenia Aermacchi).

In addition to the ORINOCO project, partners and members of the Industrial Committee from Russia and the EU, the meeting was also attended by: The Head of the International Cooperation Division, the Department of Aviation Industry of the Ministry of Industry and Trade of the Russian Federation Alexei Pluzhnikov, the European Commission representative Eric Lecomte and the Head of the Department of Science and Technology of the EU Delegation in Russia Richard Burger.

Members of the Industry Committee held a joint discussion with the project partners from the EU and Russia, confirming conceptual feasibility of advanced technologies of noise reduction on aircraft engines in the future. Following the results of the discussion, the main areas for further research in the next joint projects were identified.

In his closing speech to the consortium, Eric Lecomte defined the attitude of the European Commission as to the results of the project near completion: (i) To recognize that the work has been carried out at the highest scientific level both in the field of aeroacoustics and in the field of plasma physics, with the number of results being ahead of the world level, and these results will largely determine the agenda for future research in these areas, and; (ii) to recognize that it is advisable to prolong the ORINOCO project, in which the research will continue in order to obtain new fundamental results and to achieve higher levels of availability of technologies.

According to the representative of the European Commission, the ORINOCO project offers bright prospects for the format of cooperative collaboration between the EU and Russia since it is based on the highest scientific level of teams taking part in the project from both sides, making it possible to maintain the necessary balance during cooperative research.